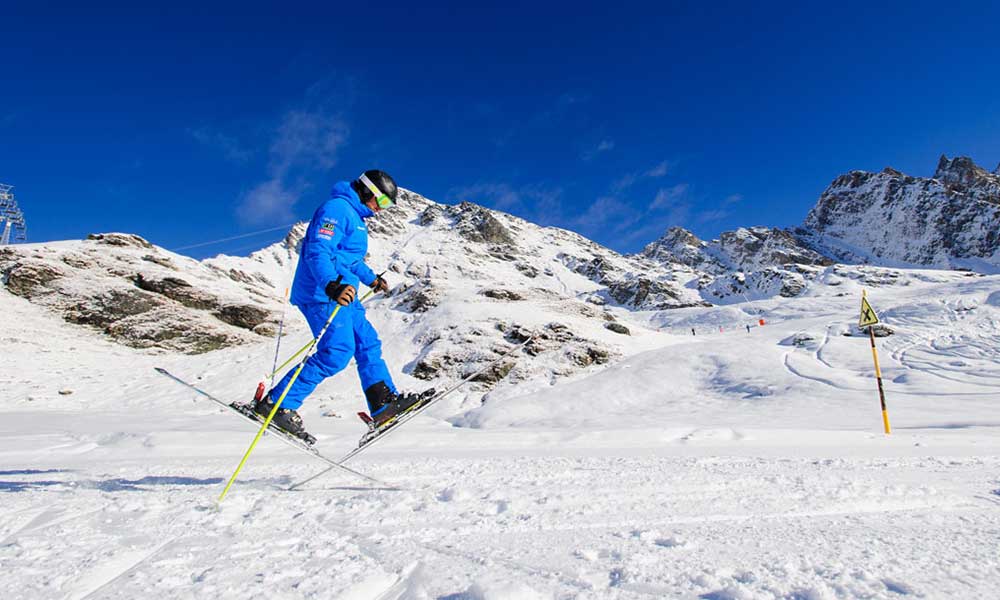 There is an infinite number of situations in which a skier finds himself, and in which the basic thing is the need to maintain a balanced position. The ability to balance is probably the most important ability that differentiates successful skiers from unsuccessful skiers. Better said, balance is probably the biggest difference between people who will learn to ski quickly and people who will learn to ski slowly.

Dry exercises can improve the balance ability of skiers, if the use of balance boards is properly planned in different training procedures through all phases of the basic preparation of alpine skiers.

Namely, it can be expected that all top skiers have excellent balance, but even among them there are probably differences in this motor ability, only that these differences are so minimal that it is practically impossible to measure them. However, it is definitely true that some biomechanical elements play a role in the ability to maintain balance. Thus, tall people (in our case – skiers) will have a harder time maintaining a balanced position because their center of gravity is farther from the surface (trail), so they fall out of the balanced position more easily, and it is difficult for them to return to the balanced position because they need to exert more force, which it also generates a greater possibility of error and falling out of the equilibrium position. When you add to that the need for the skier to simultaneously maintain balance and perform a whole series of other movements while overcoming gates on the track, it becomes clear that the skier’s ability to maintain a balanced position is practically constantly “on test”.

a) falls out of balance less often i

b) that in case of falling out of balance it is easier to return to the ideal position.

Let’s take an example from another sport – weightlifting. Let’s imagine a situation in which a weightlifter would step on a small stone (it should not be larger than 1 cm in diameter) at the moment of stepping under the weight during the jerk. What would happen? The lifter would almost certainly fall because his weight would be unevenly distributed and his overall stance would be disrupted. Of course, if he didn’t have a weight above him, there wouldn’t be any problem, even if he tried to simulate a movement identical to the jerk with the weight – he could step on a bigger stone and not lose his balance.

The same (or similar) thing is with skiing. Skiers in the competition may not ride the track on which they will compete. In other words, skiers do not know what “unbalanced” situations await them during the race itself. Admittedly, they walk around the track, but only from the sidelines – looking at where the problem might be and what to do if that problem occurs.

Simplified – there is no practice of the balance position that will be characteristic of the ski track on which the competition will be held. The skier should therefore come to the race prepared for as many unbalanced positions as possible, or – as many problems in maintaining balance as possible. Skiers should have a large number of motor programs stored in their kinetic memory in advance that will enable them to maintain or at least “recover from impairment” all possible predictable and unpredictable balance positions.